Topic of the month January 2011 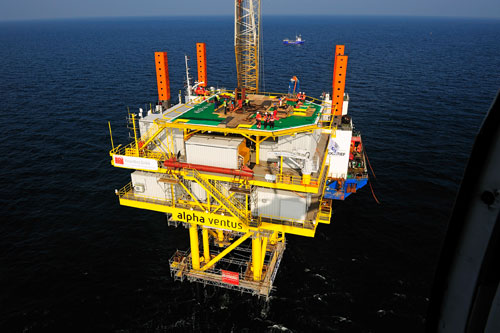 Picture 1: The transformer platform is the centerpiece of each offshore windfarm Source: Stiftung Offshore Windenergie/DOTI

Submarine cables have a long-standing tradition. The first one was laid across the English Channel in the middle of the 19th century. However, success was modest. The cable broke after the first message had been transmitted. Today, some 160 years onward, submarine cables are nothing less than the data highways of our globalized world. They provide for fast internet connections and high-quality phone lines where, thanks to a higher bandwith and less delay, they clearly outperform satellite communication. Only recently, submarine cables also experience an ever-growing demand as energy cables connecting offshore wind farms to the mainland grid.

Until now, the offshore wind industry has clearly been outperformed by the onshore industry. According to the European Wind Energy Association (EWEA) some 2.75 per cent of total wind power capacity in the EU is installed offshore. Since installation is more complex investment costs are considerably higher. The higher the distance to mainland the higher the costs: In Germany's part of the North Sea they are particularly high compared to other parts of Europe since building in the Wadden Sea, a national park, is not permitted. Thus, most of projected wind farms lie more than 30 kilometers off the coast where the water is 20 to 40 meters deep, rendering the installation all the more challenging.

And yet, the energy industry is more or less united in the belief that the future of wind power lies offshore. The EWEA assumes that 2015 one in four employees will be in the offshore sector. Thanks to the usually greater wind velocity and more wind in general energy output is about 40 per cent higher than onshore, according to estimates of the German WindEnergy Association (BWE). Also, good onshore locations have become rare. On the sea, however, there are plenty of good spots.

Tellingly, in advancing renewable energy sources Germany's Federal Government puts special emphasis on offshore wind power. According to its plans, wind power installed off German coast lines shall produce an annual ten gigawatt by 2020 and 25 gigawatt by 2030, thereby meeting for more than 15 per cent of Germany's projected electricity demand. By law, German power supply companies are guaranteed 15 cent per kilowatt hour produced offshore, six cent more than onshore. This approach seems to work. All of the big power suppliers like E.ON, RWE and Vattenfall are planning or already building offshore wind farms. The first wind farm for research purposes in German waters, alpha ventus, was finished in November 2009. An important step forward, says Dr. Jörg Buddenberg, EWE Energie AG. „With alpha ventus we have proven that, in technical terms, offshore wind can be done in Germany.“ The industry is on the move. Sven Utermöhlen, E.ON Climate and Renewables Central Europe GmbH says, „alpha ventus has encouraged us to carry on with our follow-up projects in the German Bight.“ Until now, the responsible Bundesamt für Seeschifffahrt und Hydrographie (BSH) has licensed almost 30 wind farms in the North and the Baltic Sea. According to the European Commission, 140 gigawatt of offshore wind power are currently being planned across Europe.

The boost of offshore wind also brings new demand and challenges for the cable industry. The long distances to the coast render connecting offshore wind farms to a technically and logistically demanding undertaking. The wind towers are linked via a medium voltage grid with the transformer platform where the produced electricity is transformed to high voltage of usually 150 kilovolt which allows for long-distance transport while reducing energy losses. The transformer platform is connected via two ore more submarine cables with the mainland grid which are laid by special ships on the bottom of the sea. The cables have a diametre of up to 25 centimeters and a weight of up to 120 kilograms per meter, a whole cable can thus easily weigh several thousands of tons. The grid connection is a main factor in deciding over the success or failure of an offshore project. According to a survey of the German CleanTech Institute (DCTI) it accounts for 15 to 30 per cent of total costs of an average offshore wind farm. In Germany, the grid connection must be conducted by nearest mainland grid operator including the costs. However, unresolved legal aspects often delay licensing procedures and thus increase the entrepreneurial risk significantly.

Politics is about to help. To advance their offshore wind aims the ten countries bordering the North Sea have agreed in early December 2010 to build a common offshore electricity grid which Christian Kjaer, Chief Executive Officer of the EWEA, welcomes as „critical for developing a single European market for electricity and for allowing offshore wind farms to plug into that grid.“ Cable manufacturers might cheer as well. According to a survey conducted by Greenpeace a North Sea offshore grid might require up to 6,200 kilometers of cable.