Topic of the month October 2012

It seemed that Brazil had weathered the global economic and financial crisis extremely well. While the global economy was still lingering, the largest South American country reported a possibly record-breaking growth rate of 7.5% in 2010.

Raw materials and most of all soybeans are Brazil‘s major export goods (Photo: Curt Carnemark/Weltbank)


However, in 2011 growth rates at 3.5% were significantly lower than in the previous year, and even in 2012, the Brazilian economy does not want to gain speed. The first quarter of the year was the third weak-growth quarter in a row. The Economist Intelligence Unit (EIU) reports a plus of a mere 0.8% as compared to the same period in the previous year. In addition to China and India, Brazil is another significant emerging market that is flagging. In the past years it was not only the international wire and cable industry that had great expectations for the Brazilian upswing. Were these hopes premature?

According to EIU experts, important factors for the current weak growth are the now almost stagnating service and industry sectors. These sectors together yield more than 90% of the Brazilian gross domestic product. Most of all, exports are flagging, which is mostly due to the bad economic situation on the major sales markets, i.e. Europe, China and the USA. Add to this the largest decline in agricultural production since 2005 caused by bad weather in the first quarter of 2012.

Another problem is cautious investment activity. Among other things, the total of foreign direct investments (FDI) from the EU, the most important producing country, has significantly decreased since 2008. According to information supplied by the European Commission, more FDI flowed from Brazil to Europe instead of the other way around in 2010 for the very first time. In addition, the strong Real renders Brazilian products comparatively expensive on the world market.

However, despite the structural problems, there is also cause for cautious optimism. In favour of a continued upswing is mainly the huge, still unsaturated domestic market with approximately 190 million people. Over the last 10 years, more than 20 million people have ascended from poverty into the middle class. Their propensity to consume has contributed to the fact that Brazil came away from the global financial and economic crisis relatively unscathed. Even now, unemployment numbers are still low.

The government is planning to rev up domestic consumption once again by introducing new economic measures. For example, it raised the statutory minimum wage by about 14% in January 2012. Federal banks are offering low-interest loans; the key interest rate of the Brazilian central bank is at a record low. The EIU considers the risk of external shocks - for example due to the EU sovereign debt crisis - not too serious mainly because Brazil has significant currency reserves, which are even higher than before the start of the economic and financial crisis 2008.

Among the first beneficiaries of the government measures are the important Brazilian automotive industry and its suppliers, e.g. wire and cable producers. Low-interest loans for vehicle purchases are a significant component of the economic package. As of last June, the measures have been making an impact. In comparison with the previous month, the number of car sales rose by a good 23%. Further potential for the Brazilian wire and cable industry is offered by the energy sector. A number of new hydro and wind power plants are under construction and the power grid must urgently be modernised and expanded. The upcoming Soccer World Championship 2014 and the Olympic Games 2016 will bring about further significant infrastructure measures. 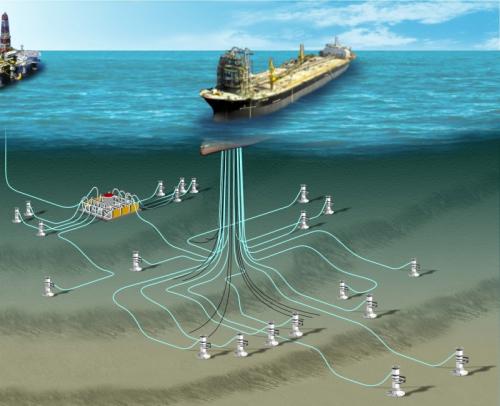 Graphic representation of the offshore oil production off the coast of Brazil (Photo: Petrobras)


The Brazilian tube industry has significant growth potential, as well. In recent years, massive amounts of crude oil were detected off the east coast of Brazil at a depth of approximately 5,000 m. In addition to the domestic demand, the oil reserves are expected to add additional buoyancy to the country’s economic growth. According to the plans of the Brazilian government, more than seven million barrels of crude oil shall flow daily by 2020, which would put Brazil ahead of the USA as third-largest oil producer in the world.

Nevertheless, serious reforms are needed in the long term if Brazil wants to continue its growth course. However, in the past the Brazilian government has been known to rather institute protectionist measures than to tackle important reforms. For example, last year the Brazilian government decided to raise taxes on imported cars and trucks that were produced using less than 65% of domestic components by 30%.

This measure was a part of the program Brasil Maior, which was supposed to stimulate domestic industrial production and to prevent the loss of jobs to foreign countries. Numerous domestic and foreign experts agree that the industry and the Brazilian economy would do far better with lower production costs.